The Kashmir dispute has been an impasse between India and Pakistan since the partition of the Indian subcontinent in 1947. They fought three wars over it, in 1948, 1965, and 1999, but the issue persists

At the time of partition over 550 princely states’ fates remained unknown as they were required to join one of the two states based on their geographical location and the wishes of their people.

Kashmir, though, was a unique circumstance. Although Muslims made up the majority of the population, Maharaja Hari Singh, the Hindu ruler wished to accede to India as opposed to the wishes of the population. But this wasn’t the only instance of its kind. Such a situation also arose in the state of Junagadh. The monarch of Junagadh was Muslim and wanted to join Pakistan against the will of his people. Mountbatten advised Junagadh to drop the idea because it was encircled entirely by India. But the ruler gave Pakistan the territory. Enraged, India seized Junagadh under the justification that Muhammed Ali Jinnah had said that Hindus and Muslims could not coexist in one country.

The peaceful annexation of Kashmir, a Muslim majority area, did not occur when Maharaja Hari Singh sought military assistance from India to resist Pakistani tribal attacks and ultimately signed the Instrument of Accession with India. Finally, Indian forces intervened and took control of the state of Jammu and Kashmir. Since then, the Kashmir dispute has been the central issue between Pakistan and India, threatening the security of the entire South Asian region due to their extensive nuclear capability.

As a result, the Kashmir issue has been a major source of contention since Pakistan’s independence, resulting in three wars, numerous conflicts between India and Pakistan, and extremely strict diplomacy. The United Nations Security Council attempted to resolve the dispute by declaring that the accession of Jammu and Kashmir to India or Pakistan should be decided democratically through a free and fair plebiscite, but India rejected any mediation that contradicted its claim to Kashmir.

Kashmir’s strategic importance lies in the fact that its borders meet with China and Afghanistan and also is close to Russia. Almost all of the rivers flowing through Pakistan originate in Kashmir, which is why both countries refuse to back down their claims to this territory.

Diplomacy’s failure to resolve the Kashmir issue drew international and regional attention to it. Determined efforts were made to resolve this issue following the wars of 1948, 1962, and 1965. The United Nations became heavily involved in 1948, but India remained rigid. Following the 1962 India-China border war, there were intense but futile American and British efforts to bridge the gap between India and Pakistan. By the end of the 1965 war, the Soviet Union had established itself as a regional peacemaker. The Soviets successfully promoted a peace treaty in Tashkent, but this did not result in regional peace, and Indian involvement in the affairs of East Pakistan soon led to the separation of East Pakistan, and the formation of Bangladesh in 1970-71.

The ineffectiveness of great power’s influence on the Kashmir problem has been a recurring feature. Aside from Cold War rivalries, the US and the Soviet Union have both played significant, often parallel, and cooperative roles in the subcontinent. Washington and Moscow made several ineffective attempts to mediate or resolve the dispute peacefully but were wary of anything more. It took the 1990 nuclear crisis to reintroduce the United States to the region.

The Soviet Union, the United States, and China all have different approaches to the Kashmir dispute based on their respective interests. Initially, they were all neutral, but as the world’s politics and dimensions changed, they began to express their concerns about Kashmir. China’s Kashmir policy has evolved through several stages. During the first phase, from 1949 to the 1960s, China avoided siding with either India or Pakistan; instead, it favored a peaceful resolution of the issue and opposed the role of the UN and the US in mediating the Kashmir issue.

The second phase began in the early 1960s and lasted until 1970. The Sino-Indian border war in 1962 sparked hostility between India and China, leading to China’s close ties with Pakistan. China supported Pakistan’s right to self-determination in the Kashmir dispute. However, in the 1970s, China adopted a neutral policy on the Kashmir issue because its relations with India were normal; this was evident during the Kargil conflict and the possible Indo-Pak military conflict in 2001-2.

India and Pakistan must hold joint bilateral talks on all critical issues. Continuing tensions over Kashmir will undermine any effort to bring stability to South Asia and increase the risk of nuclear war. It will be correct to assume that Kashmir is the root cause of much of South Asia’s militancy. 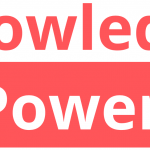 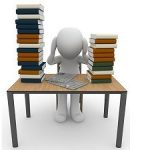 Difference between Syllabus and Curriculumeducation, Uncategorized